ralphio_12
40k, flames of war and other games

Wars of the Roses 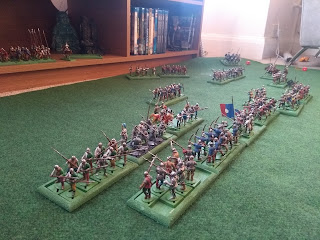 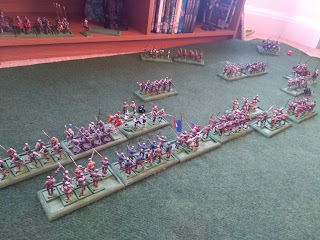 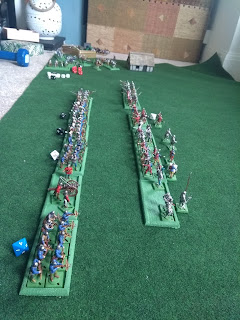 Two pictures from a small game of sharp practice. The british were attacking an american farm. Using the stats from the War of 1812 supplement. 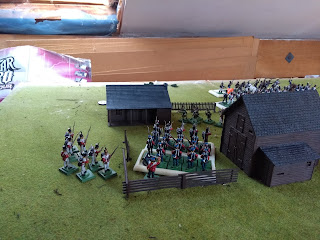 Canadian Militia in the farm yard, beating back the US rifles. 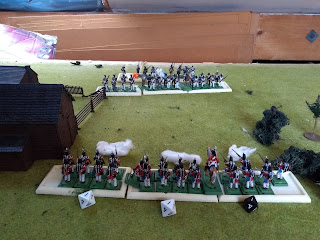 The American try to take on the thin red line. I was using D8's to mark shock. They can not be confused with D6's.

It was a fun little game.

These photos are about 4, by this point both are armies had taken heavy casualties.

I really like 8th edition, I fell we are in a golden age of 40k. 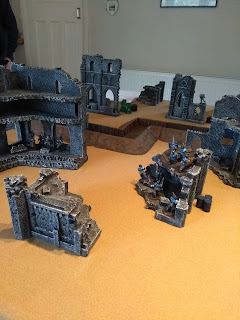 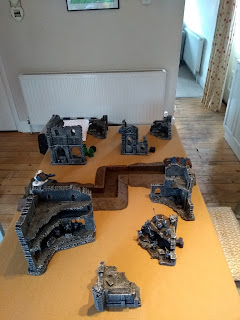 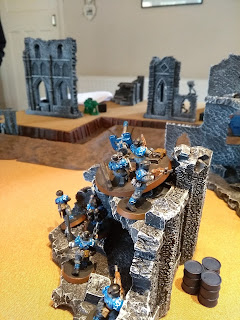 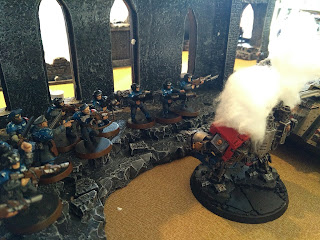 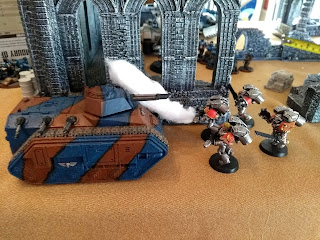 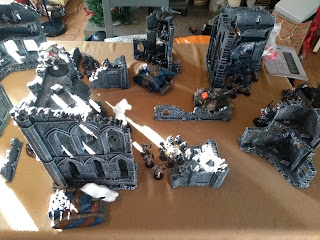 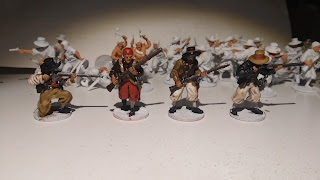 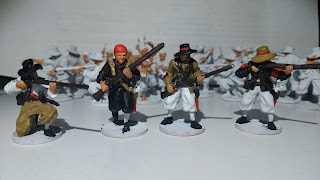 
So here are some 'modern' British from the assault group.
This shows my method of getting something like DPM camo, well it's really my adaption of this method http://saskminigamer.blogspot.co.uk/2008/10/painting-tutorial-dpm.html.

I paint using a mix of old and new gw paints, I start with camo green all over. Then mourfang brown, followed by dark angels green. After that, I paint on the black lines. My last stage is a wash of agrax  earthshade,  to darken in all and blend the colours better. 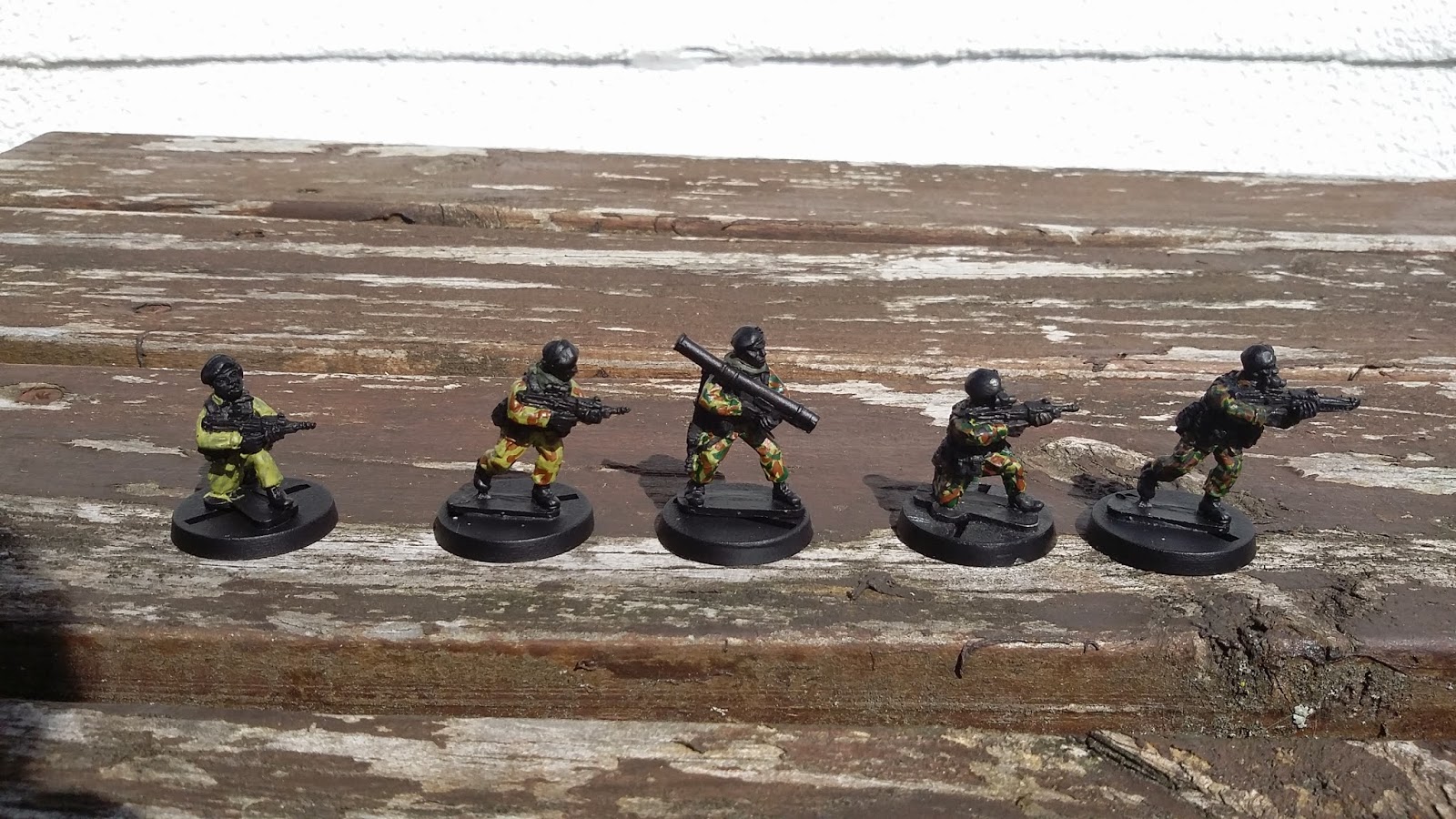 These will be serving in UNIT, to defend England from the daleks.
They aren't really that modern though; the SA80 dates them from the mid 80s. But, they don't have the osprey armour, which think came out in for the Iraq war. So they go up till the early 00s.

Anyway I'm doing 20 of these. I did paint one in the all black uniform, as in the last few series of Doctor Who,  but it looked too flat. Besides this way I can use them for other modern conflicts. 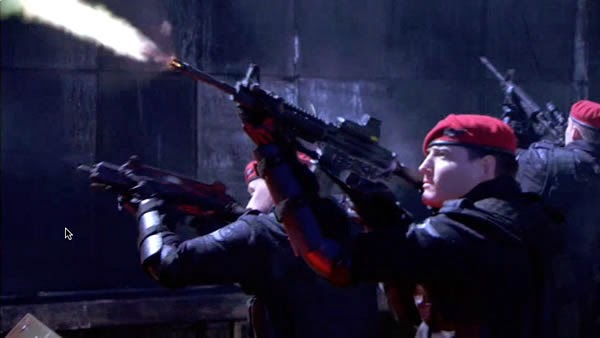 Also here is a painted picture of that HMG from my last post... 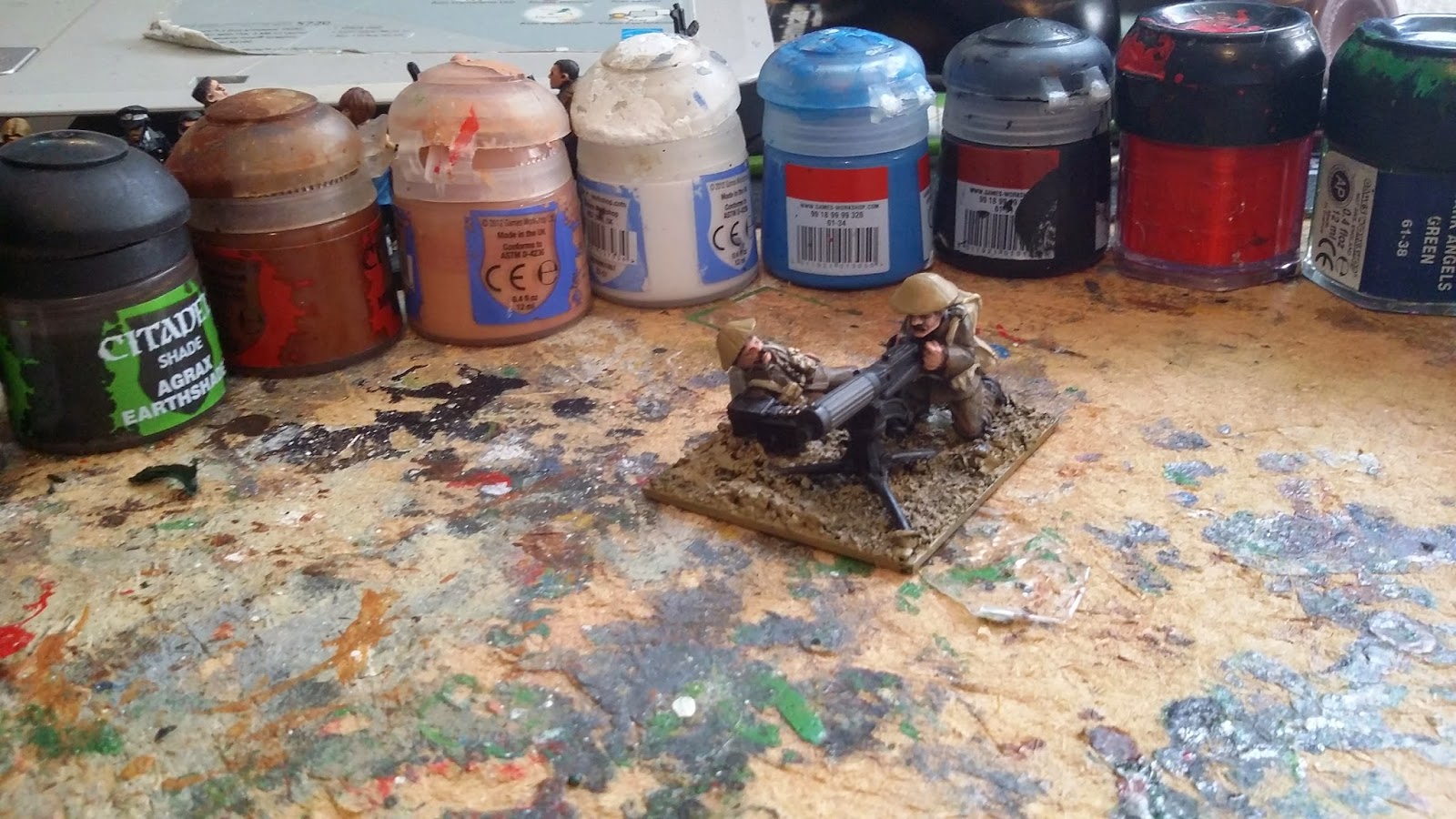 Actually painted about 10 months ago. 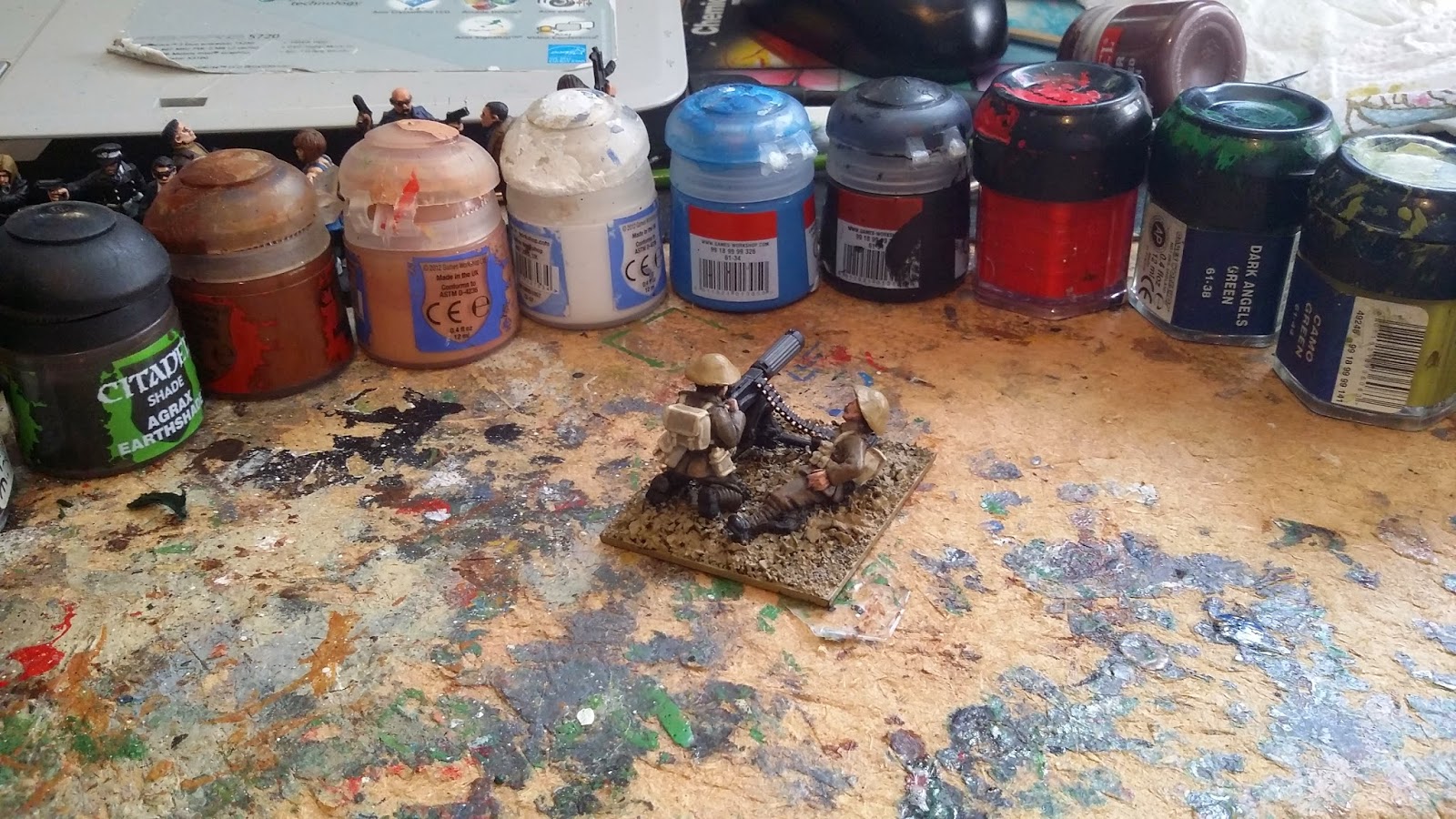 SO I had a Renegade early war HMG, but I wanted a late war one. Realizing that the only real difference was tin hats, I decided i could do a head swap.
Of course, the HMG gunners heads are a awkward angles as one is leaning to the gun sight and the other in laying on his side. SO I decided to just do a hat swap to avoid, the neck re-positioning work. Anyway, to cut a long story short; I cut two Brodie helemts of a couple of spare figures, and the caps of the HMG crew. 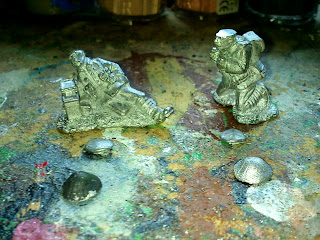 Here you can see the gunners, with their original caps and their new helmets., 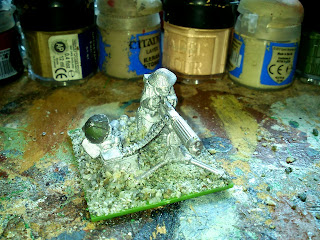 Here is the finished model: helmets stuck on, glued to a base (one of the green plastic ones which come with perry plastics), and sand added for texture. 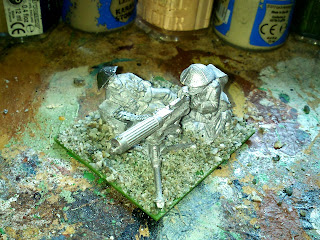